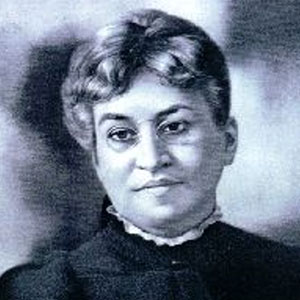 Fannie M. Richards, the first black teacher and the first kindergarten teacher in Detroit, became a proponent for education while working against its policies of segregation.

From an early age, Richards realized the necessity of an education and the fight it would take for her to gain it. Because of the restrictions in the southern states toward free blacks, her family moved to Toronto where Fannie attended Toronto Normal School. After attending public school in Detroit and normal school in Canada, her desire for knowledge was still not fulfilled, so Richards went to Germany where she studied with Professor Wilhelm Forebel who was developing the concept of kindergarten.

Returning to Detroit in 1863, she founded a private elementary school for black children where she taught for five years. Her next move was a result of the Detroit Board of Education opening Colored School No. 2 where she received a teaching position in 1868. During this time, she protested vehemently against Detroit’s segregated school system. Her work was rewarded when the Michigan Supreme Court in 1871 ordered the Board of Education to abolish separate schools for black and white students. As a result of that action, the newly integrated Everett Elementary School became Richards’ home for the next forty-four years. It was in the Everett School that the first kindergarten class was taught by Richards.

Richards wrote late in life: “No race has advanced more rapidly than ours, and it has not shown all that it can do yet. During the half century I have been in the Detroit schools, there have been great changes for our people and nearly all of these changes for the better have come because we fought for the Detroit Negroes.”

Richards’ activism went beyond education, as she founded the Phyllis Wheatley Home for Aged Colored Ladies which was designed to meet the needs of poor and elderly black women. In 1898 she became the home’s first president.