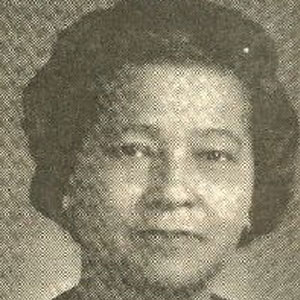 Dr. Ethelene Crockett was a Detroit physician who became well known as a community leader and humanitarian. ‘She was involved in the betterment of society in areas beyond medicine. Her unselfish contributions of time, knowledge, energy and leadership served to rectify social inequality to help those whose need was immediate, and those who could not speak for themselves,’ stated a 1978 New Detroit, Inc. resolution.

Dr. Crockett began medical school at Howard University when she was 28 years old, married to George W. Crockett, Jr., later a Congressman, and the mother of three children. She became Michigan’s first black woman specializing in obstetrics and gynecology. For 35 years, Dr. Crockett practiced medicine as an outstanding obstetrician in Detroit.

Dr. Crockett was an energetic advocate for day care centers to assist working women. She frequently lectured on family planning and public health care. She directed the Detroit Maternal Infant Care Project from 1967 to 1970, and helped design and direct the Detroit Model Neighborhood Comprehensive Health Center. In 1980 the first Detroit Public Schools Vocational-Technical Center was dedicated in her honor as the career training center for the Health Occupations.

In 1972 she led the fight to liberalize Michigan’s abortion laws. In 1977, the Detroit Medical Society selected her ‘Physician of the Year.’ She was the first woman to be president of the American Lung Association, the nation’s largest and oldest voluntary health organization. She served on the Detroit Public Library Commission and as an officer for the Michigan Cancer Society. In 1971 the Detroit Free Press cited Dr. Crockett as one of “nine of Detroit’s Most Successful Women.” She received the ‘Woman of the Year’ Award from Zeta Phi Beta Sorority Beta Omicron Zeta Chapter in 1972. In 1973 the Howard University Alumni Federation, Washington D.C. cited her ‘For Conspicuous Service to Her Profession and Community.’

Ethelene Crockett came of age during the Depression. A black woman from a poor family, she was able to go to college and then to medical school. “If you want something badly enough…and if you can communicate that desire to others…what you want can be had,” were her words in explaining her accomplishments.