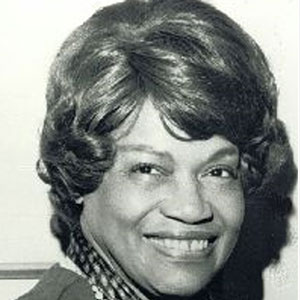 Erma Henderson was acclaimed as Detroit’s most powerful woman of her time. In 1972, she became the first black woman to serve on Detroit’s City Council. She went on to serve 16 years, 12 as council president. As a social worker, Erma Henderson’s true commitment to people was evident. Her many awards were indicative of her gifted leadership as a coalition builder. Beloved and respected, she was honored by education, civil rights, feminist, business, religious, and political groups across the state and nation. ‘She taught people,’ said one of her Common Council colleagues. ‘She used the coalitions as a training basis for community people who felt powerless and showed them they were powerful.’

In 1975, Erma Henderson organized the Michigan Statewide Coalition Against Redlining, and she took on the state’s banking and insurance interests. These efforts were directly responsible for the state’s anti-redlining law, one of the most comprehensive in the nation.

Henderson also organized the Women’s Conference of Concerns, a coalition of individuals and organizations representing 250,000 women at its peak, who worked to improve the quality of city life for all people. She coordinated Women in Municipal Government in Michigan and nationally, bringing together women in city governments from all over the nation to work in unison.

As Michigan’s ambassador for peace and racial harmony, she did not falter in the face of controversy, whether addressing the World Peace Council on disarmament in Helsinki, speaking out against apartheid at the United Nations, attending a presidential briefing on the Panama Canal, participating in international women’s conferences in Mexico City or Nairobi, or leading a delegation of Council colleagues to meet with sister-city counterparts in Germany, Yugoslavia, and the former Soviet Union.

In July 1982, Erma Henderson held an unprecedented four-day International Trade Conference for the Michigan Chapter of the Continental African Chamber of Commerce, bringing together ambassadors and ministers of finance from 23 African nations to work on trade packages. Henderson also attended the historic installation of the Right Reverend Desmond Tutu as archbishop of South Africa in 1986.

Photo Courtesy of City of Detroit Department of Public Information