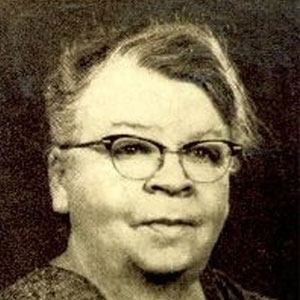 Emily Helen Butterfield was known statewide in the 1930s as both an artist and architect. She was born in Algonac, Michigan, and attended Detroit Public Schools. She began her art education at the age of seven and became Michigan’s first licensed female architect in 1907. She joined her father in business and, in 1917, the firm of Butterfield and Butterfield was established. They were pioneers in the transformation of church architecture from a Sunday meeting hall to a center of daily community and social activity. She practiced architecture in Detroit and Pontiac, planning 26 churches throughout the state, many of them Methodist, as well as schools, homes, factories, and stores.

As a teenager, Butterfield accompanied her father and his artist friends on sketching trips in Europe and the western United States. In 1933, she published Young People’s History of Architecture, which is illustrated with many of her sketches from these travels. Her interest in heraldry was also sparked during these trips, and subsequently she published College Fraternity Heraldry. Both are still recognized as classics in their field. She also wrote articles about architecture and the use of art in the home for House and Garden and Town and Country magazines.

Butterfield made many contributions to the first wave of the women’s movement in Michigan. Recognizing the value of working together to improve the status of women, she helped found the Detroit Business Woman’s Club in 1912: the first professional woman’s club in the United States. The group later became affiliated with the State and National Federations of Business and Professional Women’s Clubs. Butterfield was also one of 11 founders of Alpha Gamma Delta Fraternity, a women’s collegiate social group which began at her alma mater, Syracuse University, in 1904. When the organization established a camp for underprivileged children in Jackson, Michigan, she designed and supervised the construction of the camp building and was camp manager from 1920 through 1924.

Butterfield’s artistic skills included painting with water colors and pen and ink sketching. She exhibited frequently in the J.L. Hudson Gallery and at the Toledo Artists’ Club. Her love of nature and her native state are depicted in many of her watercolor paintings. She retired to Neebish Island, Michigan, where she served as postmaster during World War II.