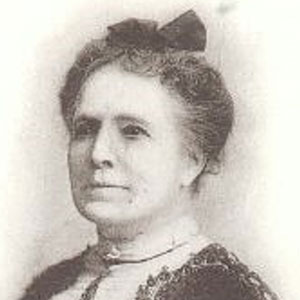 A native of Grand Rapids, Emily Burton Ketcham was born in 1838 and dedicated thirty years of her life to women’s right to vote. Ketcham was the best known of the founders of Grand Rapids’ suffrage groups, having been a chartered member and serving four times as the president of the state organization.

Ketcham was instrumental in suffrage reform movements on the local, state, and national levels. She and her suffragist colleagues, notably Mary L. Doe and May Stocking Knaggs, underwrote the later important work of Clara Arthur and Lucia Voorhees Grimes.

Ketcham’s work began in 1873 during the initial effort to remove gender as a qualification for voting in Michigan. During that campaign, she developed lasting friendships with Elizabeth Cady Stanton and Susan B. Anthony. On the strength of Ketcham’s organizational prowess alone, Stanton and Anthony brought the National American Woman Suffrage Association (NAWSA) to Grand Rapids for its annual convention in 1899.

By special invitation, Ketcham spoke in the Woman’s Building at the 1893 Chicago World’s Fair, and in 1894, she addressed the Congressional Judiciary Committee in Washington. Her presence there was permanently registered in a Matthew B. Brady photograph featuring Ms. Ketchum and Susan B. Anthony with the NAWSA executive board.

At the time of her death in Detroit in 1907, Ketcham’s famous colleagues published a memorial booklet. One paragraph begins: “Mrs. Ketcham’s public work was not entirely absorbed by her effort to gain the rights of citizenship for women. Every charitable, benevolent, and educational project for her home city claimed and received her.”

Ketcham’s husband, Smith G. Ketcham, openly supported her and “the good work” which she performed over a thirty-year period. He said with great pride, “One delight [of a recent trip to Idaho] was passing through three states where Equal Suffrage is a reality. I will try to shine by the reflected glory credited by your acquaintance.”