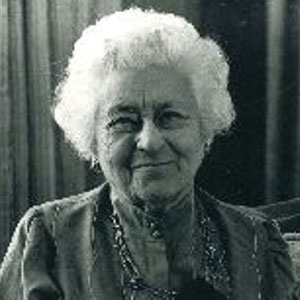 As a young woman Schaub operated a store and telephone office and then worked in the Leland Post Office, where she soon qualified to be postmaster. In 1915 she attended MacLachlan’s Business University in Grand Rapids (now Davenport College). She became a secretary at an insurance firm in Howell in 1916. Her employer was an attorney who had worked his way through college, and before long, she found herself following this model at the Detroit College of Law.

One of Emelia Schaub’s great achievements was the work she did on behalf of the impoverished Ottawa and Chippewa of Leelanau County. In 1943, on behalf of the County Board of Supervisors, Schaub petitioned the state of Michigan for title to lands which the county would hold in trust for the Leelanau Indians. The lands requested were those in the plot of Peshawbestown, which had been lost for non-payment of taxes. Seventy-seven acres were turned over to Leelanau County to serve as a de facto reservation. In tribute to her act, Emelia Schaub was made an honorary member of the Ottawa and Chippewa tribes.

Schaub’s work had lasting consequences. In 1978 the Grand Traverse Band of Ottawa and Chippewa Indians applied for Federal recognition. They were granted this primarily because they had an established land base in Peshawbestown and had lived there continually for 128 years.

When in 1926 she successfully defended James Corbett charged with murder, she became the first woman lawyer in Michigan to win a murder case. In 1932 Schaub obtained a Writ of Habeas Corpus for an alien who had been detained in prison for over a year while U.S. Immigration Officials tried to find grounds for deportation. In 1936 she obtained a refund of over $5000 in tuition paid by 13 Detroit women when the instructor running a sewing school without a license failed to fulfill her agreement with them.

Schaub was an organizer and Secretary of the Leelanau Foundation of Northport, Michigan. Later she helped found the Leelanau Historical Society, Inc. and was president, museum director, and member of the Board of Directors until 1986. She was a charter member of the Traverse City Zonta Club and first secretary of the Leelanau Chamber of Commerce. In addition to her community activities, Schaub was Secretary and Treasurer of the Women Lawyer’s Association. In 1986 she published a 174-page volume of family history titled Family Yesterdays.