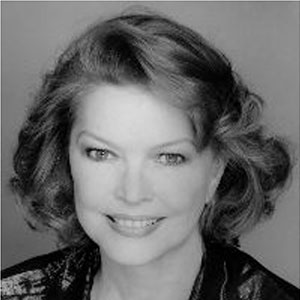 Ellen Burstyn is living proof that a determined woman cannot be denied. Born Edna Rae Gillooly in Detroit in 1932, the Oscar-winning actress/producer opened doors for other women in the entertainment industry through her promotion of strong roles for them both in front of and behind the camera. The first female president of the Actors’ Equity Association (1982-85), Burstyn began her career as a film/television/stage artist portraying ingenues in the 1950s. Working with celebrated Actors’ Studio teacher Lee Strasberg, her talent matured and she sought more challenging roles, among them her pivotal portrayal of a struggling waitress and singer in Alice Doesn’t Live Here Anymore. In addition to playing the lead role in the film, Burstyn also produced it and was responsible for selecting then little-known filmmaker Martin Scorsese as Alice’s director.

Burstyn knew the same struggles many beginners know. Starting out, she took modeling jobs in Texas and New York as well as other employment. She landed a job as a showgirl on The Jackie Gleason Show. She became a nightclub dancer in Montreal and finally made her debut on Broadway in the 1957 production of Fair Game. Working through a steady progression of parts in film, on stage, and in television, she proved to be a triple-threat actress. Not content to be merely a pretty face, she learned her craft from all angles, positioning herself to take the reins of her own production company long before actresses like Jane Fonda, Goldie Hawn, and Diane Keaton would. Using her own company, Burstyn began making films from a female perspective giving the female voice a chance to finally be heard in Hollywood. A history-making actress, Burstyn won the Oscar and a Tony award in the same year. It is the works themselves, however, that stand out for their connection between the women portrayed on the screen and women struggling in real life. From the waitress in Alice to the faith healer in Resurrection, Burstyn portrays the strengths and weaknesses of women as human beings. Her list of credits is impressive: The Last Picture Show, The King of Marvin Gardens, The Exorcist, Same Time Next Year, Resurrection, How to Make An American Quilt, and The Spitfire Grill, to name a handful of parts. In addition to being the first woman president of Actors’ Equity, she has also served as the artistic director of the Actors’ Studio and continues to be active on its board of directors. She holds two honorary doctorates, one in fine arts from the School of Visual Art and a doctor of humane letters from Dowling College.

From odd jobs to modeling to the Hollywood big time, Burstyn has shown that a woman’s place is in front of the camera, behind the camera, and in the board room making the decisions.