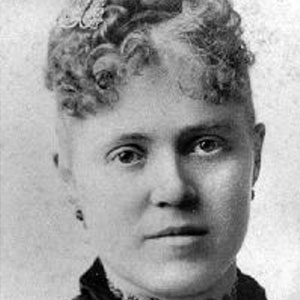 In the early years of the twentieth century Ella Merriman Sharp was known throughout Michigan for her work in forestry and civic improvement. Through her membership in local women’s clubs and her participation in the Michigan Federation and National Federation of Women’s Clubs, she came to understand the power that women working together could have at both the community and statewide level. As chair of the Michigan Federation’s Forestry Committee, Sharp led a state-wide effort to garner support for establishing state forest preserves and a fire patrol system. Recognizing Sharp’s leadership among state club- women, State Forester Filibert Roth, worked closely with her in her efforts. Sharp personally presented a petition of support from the Michigan Federation to the governor and state legislature. In 1909 she was the only woman invited to address the all-male Michigan Forestry Association at their annual meeting. In 1905 an article in a Jackson newspaper recognized her as being the first woman in the state to take up the matter of forestry, “in her usual energetic, intelligent and practical way . . .”

Along with chairing the Forestry Committee, Sharp also served as Chair of the Civic Improvement Committee of the Federation of Women’s Clubs. In this capacity she established a network to support women throughout Michigan in their efforts to improve their communities.

In recognition of her leadership, she was invited to other communities to speak in support of local civic improvement efforts. She also corresponded on a regular basis with hundreds of women involved in their own communities, offering ideas, resources and encouragement as these women battled local bureaucracy and apathy. Surviving letters from the time show those women, from small towns and large cities, looked to Ella Sharp as a resource. Even well-known ‘municipal housekeeper’ Caroline Bartlett Crane of Kalamazoo wrote for information about “the boxes you have put along the streets for refuse.”

Ella Sharp understood and used the power of the women of Michigan to bring about needed change. Sharp’s legacy lives on in the park created from property she willed to the city of Jackson. The Ella Sharp Park and Ella Sharp Museum exist today to serve the people of Jackson because of her commitment to her community.