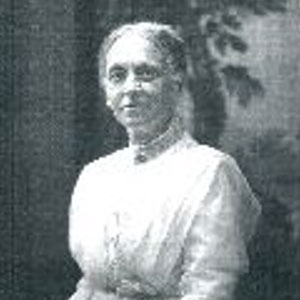 During her lifetime, Ella Eaton Kellogg created a new field which would come to be called ‘dietetics.’ Ella Eaton Kellogg, born in 1853 in Alfred Center, New York, was the youngest person to receive a bachelor’s degree from Alfred College in 1872. Soon thereafter, Kellogg established a reputation in Michigan as a dietician, writer, and advocate for children. She was the assistant editor of Good Health magazine from 1877 to 1920. This magazine was published by her husband, Dr. John Harvey Kellogg.

Besides editing, Ella Kellogg wrote articles for almost every issue on health, diet, and child rearing. In 1883 John Kellogg asked Ella to help him make his health food more palatable, and she took charge of the sanitarium experimental kitchen. Here she formulated dietetic courses for nurses at the sanitarium. She made major contributions to home economics by founding the School of Home Economics (which later became part of Battle Creek College) and a School of Cooking for the sanitarium. In 1888 she and Dr. Kellogg began a School of Domestic Economy. Ella Kellogg was also the sanitarium dietician, planning meals for patients and staff. As a result, she wrote a book called Science in the Kitchen which looked at food chemically.

Kellogg also became an active member of the Women’s Christian Temperance Union, headed the national department of Social Purity, held the post of national Superintendent of Hygiene, and ran the national Department of Mothers’ Meetings and Child Care Circles. In the latter capacity, she wrote Talks with Girls and Studies in Character Building.

The Kelloggs, unfortunately, were not able to have a family of their own; instead, they raised more than 40 children as their own and founded the Haskell Home for Orphans in Battle Creek. The Haskell Home nurtured some 150 to 200 children annually. The Kelloggs were well known for running kindergartens, supervising children’s play and development, and running classes for area mothers. Ella Eaton Kellogg served as chairperson of the board for the home from 1894 to 1921.