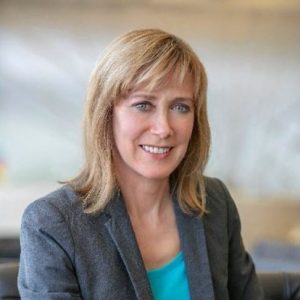 Elizabeth Wetzel of West Bloomfield is the first female Director of Design for General Motors and has made significant design contributions to the GM vehicle brands as a designer and fourth-generation automotive executive. After receiving her BFA degree from the University of Michigan School of Art and Design, Elizabeth was hired into the design area of General Motors in 1986. She has been with the company ever since.

Over the years, Elizabeth took the lead on many GM design projects including: Senior Creative Designer, Cadillac Studio (1990), Lead Designer, Cadillac DeVille & DTS (1995), and Director of Car Interiors (2001). She was the first woman at GM responsible for a total exterior and interior vehicle design; the 2002 Buick Rendezvous, GM’s first crossover SUV. In 2010, Elizabeth became GM’s first woman Director for Interior Design of Europe Opel and Vauxhall vehicles in Russelsheim, Germany. While there, her design for the 2013 Opel “Adam” car won the “Interior of the Year” award judged best among all European vehicles.

In 2013, GM called Elizabeth back to Michigan to help strengthen the Buick brand as their first woman Director of Interior Design for Buick. Elizabeth was featured as Motor Trend Magazine’s Top 50 Most Influential People (2000) and has received numerous awards including 2014 Spirit of Leadership Award, Woman’s Automotive Association International. Her work on the 2015 Buick Avenir received “Best Concept Vehicle” at the North American International Auto Show.