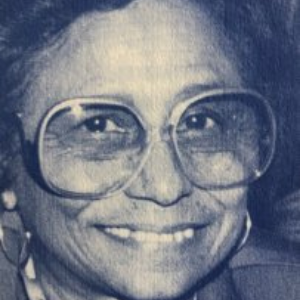 Elizabeth Jackson (1918-2020) was a champion for and a leader of the labor movement. She was the first African American woman to serve as an UAW International representative (1966). Three years later, Jackson became the first woman to sit on the national negotiation team during UAW and Ford contract talks. Before that, in 1957 Jackson became a founding member and officer of the Trade Union Leadership Council (TULC), a civil rights organization committed to planning campaigns, fighting wrongs and pushing for progress.

In 2006 Dearborn Diversified manufacturing recognized Jackson’s legacy for opening doors for many women as she inspired a lot of women to go further in attaining leadership positions in the UAW. In 2011 she was recognized by Local 600 “in honor of her lifetime commitment for social and economic justice in the community and her tremendous contribution to working families everywhere.” In 2013, Representative Gary Peters recognized her in the Michigan House of Representatives for her lifelong achievements and contributions to the labor movement.  Jackson was a leader for all in her community of Detroit but is remembered as being especially dedicated as a mentor to the women of her community.