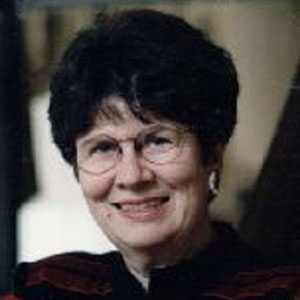 Elizabeth (Giese) Homer has dedicated much of her adult life to helping achieve sex equity through her research and advocacy of issues pertaining to civil rights and education.

From 1978 to 1984 Homer was state director of the National Organization for Women’s Legal Defense and Education Fund’s Project on Equal Education Rights (PEER Michigan). She worked with citizens and school personnel in large cities and many small, more conservative towns to help them identify and resolve sex bias and discriminatory practices and policies in the public schools. In 1980 Homer produced a study for PEER, entitled “You Can See the Cat Walking”, detailing the nature and status of sexism in Michigan’s schools. In 1982 Homer produced the “Michigan Math Study Report”, analyzing mathematics enrollments by sex in the state’s public schools. In 1988, while chairperson of Michigan’s NOW Education Task Force, Homer produced a study assessing 25 years of progress of Title IX in Michigan.

Homer’s M.A. in Occupation Administration allowed her to publish papers dealing with sex stereotyping in vocational education and to lead creative workshops for vocational educators. One of her most acclaimed papers revealed for the first time that many of the jobs for which girls were being trained in their schools could be performed by individuals in the outside labor force for minimum wage and without any training whatsoever.

In the 1990s Homer helped to initiate a lawsuit in Detroit by NOW Legal Defense and Education Fund and the ACLU that halted a nationwide movement toward the creation of all-male academies.

Homer has also served as educational director of the Michigan Women’s Historical Center and Hall of Fame. While working at the Center, Homer prepared exhibits and produced studies about women throughout Michigan’s history, including the Michigan Women’s Hall of Fame Honorees. She initiated the Women’s Book Project to increase educational materials about women in school libraries.