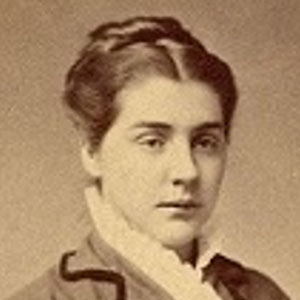 In 1878 when Bessie Eaglesfield began advertising as ‘Attorney at Law’ in a Grand Rapids newspaper, she became the city’s first practicing female attorney. Eaglesfield had already made legal history in 1875 at the age of 22 when she became the first woman admitted to the Indiana State Bar, an impressive feat since Indiana’s state constitution disallowed non-voters admittance to the bar.

Eaglesfield attended the University of Michigan, earning a degree in literature in 1876 and in law 1878. During her later legal practice, Eaglesfield managed to balance the life of an active clubwoman with her work in the male dominated world of the law, involving property disputes, divorce, and violence.

Unlike most early women law graduates, Eaglesfield did not confine her practice to the office and entered the world of litigation whenever she was allowed by clients. Records illustrate the attempts of this atypical woman attorney to cobble together a living as a guardian for minor children, a representative for widows in property disputes, and representing herself in real estate trades. Eaglesfield also held captain’s papers for navigation on the Great Lakes and owned the steam ship the Golden Girl.

Eaglesfield reinvested her legal expertise to become a shrewd and daring businesswoman and a litigating lake lawyer. Before she retired from the lakes in the mid-1930s, Eaglesfield and her son owned five fruit boats. She had also become a Benton Harbor real estate mogul. To the extent she could, Eaglesfield participated in the exciting world only offered to men and pioneered a path for women in her wake.