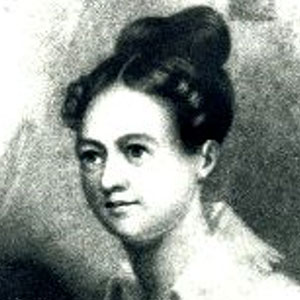 Elizabeth Margaret Chandler was the first woman writer in America to make the abolition of slavery her principal theme. She was born to a Quaker family in Delaware in 1807, and her brief life was marked by a series of literary achievements that can only be described as impressive, given the virtual invisibility of women in the field at that time.

Chandler’s writing career began at the age of sixteen when her romantic verses on nature were first published in various literary journals. Two years later she was invited by Benjamin Lundy, publisher of The Genius of Universal Emancipation, to write for his anti-slavery journal which was ranked second only to William Lloyd Garrison’s The Liberator. Lundy’s offer came after he had read Chandler’s poem, ‘The Slave Ship,’ an emotional depiction of the innate nobility of the slave.

Chandler’s poetry was directed particularly toward the sympathies of her largely female audience, often focusing on the tragedy of slave women torn from their husbands and children. In reply to those who argued that women lacked the power to abolish slavery, Chandler countered that, as mothers, women were in a position ‘to give the first bent to the minds of those, who at some future day are to be their country’s counselors.’

Chandler moved to Lenawee County from her eastern home in 1830. In Michigan she continued her writing, contributing regularly to Lundy’s Genius as Editor of ‘The Ladies Repository’ section. In 1832 she formed the Logan Female Anti-Slavery Society together with her friend and neighbor Laura Smith Haviland; this organization eventually resulted in the establishment of one of the main links in the Underground Railroad system to Canada.

Elizabeth Margaret Chandler died of ‘remittent fever’ shortly before her twenty-seventh birthday in 1834. Her contributions to the abolitionist movement, however, continued after her death. Her literary works were collected and published posthumously and the proceeds from the sales of her books went to the cause of abolition.