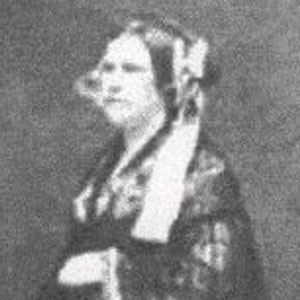 Eliza Seaman Leggett dedicated her life to securing the rights of others, improving the human condition, and enlightening the minds of her family, friends, and neighbors. Although born in New York City, Eliza Seaman Leggett made her home is southeast Michigan.

The abolition of slavery was one of Eliza’s greatest concerns, and she was an active participant in the Underground Railroad. In fact, her Waterford Township home in Oakland County was a stop on the legendary Underground Railroad. When Leggett moved to Detroit, she opened her home to fellow abolitionists such as Sojourner Truth and lecturer Wendell Phillips. She also worked with other noted abolitionists including Mrs. Lloyd Garrison, Lucretia Mott, Theodore Parker, Lyman Beecher, Laura Smith Haviland, and Elizabeth Comstock.

Upon the end of slavery, Leggett turned her attention towards the suffrage movement and to helping women in need. She wrote frequent articles and gave many lectures on women’s suffrage. During the 1870s she devised, co-founded, and implemented the Young Woman’s Home Association for the young working women of Detroit.

Eliza Leggett was also very civic minded. She was instrumental in making Belle Isle a public park for the people of Detroit; she worked to see that all public places, including schools, flew the American flag, and she helped to create a holiday in honor of Christopher Columbus. She also ensured that public drinking fountains and horse watering troughs were placed throughout the city of Detroit.

Leggett had a great love for literature, and was a frequent correspondent with such literary figures a Louisa May Alcott, Bronson Alcott, Walt Whitman, and William Cullen Bryant. Her enthusiasm for literature led to her hosting literary meetings which led to the idea of a literary club which later became the Detroit Women’s Club.

Eliza Seaman Leggett passed on to her eleven children her enthusiasm for the arts and humanities as well as her great belief in helping those in need and fighting for virtuous causes. Eliza’s memory and her contributions to society were recognized when a Waterford Township elementary school was named in her honor. She was made the Historic Citizen of the Month by the Detroit Historical Society Guild in May 1955, and she is further honored with her induction into the Michigan Women’s Hall of Fame.