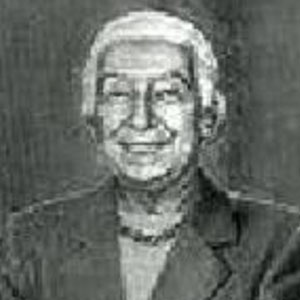 Born September 8, 1885, in Ann Arbor, Michigan, Eleonore Hutzel came to Detroit in 1910 to study nursing at Harper Hospital while studying obstetrics at Woman’s Hospital and working as a Visiting Nurse. Hutzel became interested in social service and after finishing her nurse’s course, moved to Chicago where she attended and graduated from what later became the School of Social Services. She returned to Detroit in 1915 as the first director of social services for Woman’s Hospital for unwed mothers and their children. Her interest in the poor and underprivileged led to membership on the board of the Girls’ Protective League, which in turn, led to the organization of the first Women’s Division of the Detroit Police Department.

In 1922 Hutzel was the first woman to head the Detroit Police Department’s Women’s Division. More importantly, she was instrumental in making ‘an experiment’ her career. Shortly after assuming directorship of the Women’s Division, the newly-appointed police commissioner, Frank Croul, made clear that he did not think such a division was necessary, but would give Hutzel six months to show its worth.

Six months later, Hutzel was appointed fourth deputy commissioner and chief of the Women’s Division. Hutzel had never set foot in a police station before becoming the head of the Women’s Division. The division was only one year old when she took over with a staff of sixteen officers and responsibility as a protective agency for all children up to ten and girls up to seventeen, as well as handling crimes involving women in the City of Detroit.

In 1939 Hutzel also was named trustee of Woman’s Hospital. In 1964 the Woman’s Hospital Board of Trustees, in recognition of her achievements in the social work and health/human services area, changed the name of the hospital to Hutzel Hospital in her honor.

Hutzel spent her life working in a field that demands strength, intelligence, and integrity. She was a pioneer in the advancement and acceptance of women within law enforcement, criminal justice, and social work, and she was equally devoted to all men, women, and children who were in need of help, guidance, and love.