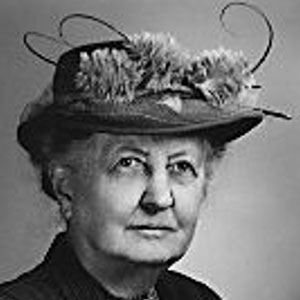 Edna Noble White was a pioneer and internationally known leader in the movement for early childhood education and family life research and studies.

A professor and department chair in the Home Economics Department of Ohio State College from 1908 to 1919, White was chosen in 1919 to be the founding director of the Merrill-Palmer Institute (originally the Merrill-Palmer School) in Detroit. The school was founded with a $3 million endowment from Lizzie Merrill Palmer, widow of Senator Thomas W. Palmer of Michigan, to establish a school to train young women in homemaking and motherhood. There was no precedent for the kind of school and research center Edna White developed at the Merrill-Palmer Institute during her 27 years as director. Expanding the traditional concept of motherhood training as a component of basic homemaking skills, White set out to prove that the physical, emotional, and social development of children was a worthy research subject.

Edna White’s educational and research program was founded on two principles new to the field of childhood development. She believed that the study of human development and behavior encompassed many disciplines, and she organized a staff of specialists in pediatrics, nutrition, psychology, education and social work to pool their expertise in achieving an all-around view of the child. Second, she believed that the study must include experiences with normal, healthy children and their families in addition to research focused on pathology. This concept led her to found the first nursery school west of New York and Boston, and later to add an infant service and pioneering programs for toddlers and older children, always maintaining close relationships with the children’s families.

White’s influence was nationwide. She was president of the American Home Economics Association from 1918 to 1920. She served as adviser to the Roosevelt administration during the Depression of the 1930s and to the Rockefeller Institute. Believing that the Merrill-Palmer Institute should serve the community, White initiated, at the city and state levels during the Depression, such programs as the Visiting Housekeepers and the Detroit Council for Youth Service. After her retirement from the Merrill-Palmer Institute in 1947, she developed and administered a gerontology program in Detroit.

White laid the foundation on which the prevailing concept of early childhood education has been built.

Photo Courtesy of The Archives of Labor and Urban Affairs, Wayne State University