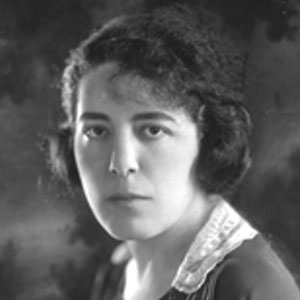 A Pulitzer Prize-winning novelist and playwright with a penchant for developing strong, successful female characters, Edna Ferber is widely regarded as one of the greatest writers of her day.

Her first success came with a series of short stories whose lead character, a smart, stylish, single mother, also excelled in business. The Emma McChesney stories, 30 in all, were highly popular, Theodore Roosevelt was known to be a fan, and provided Ferber with her first steady paycheck from fiction writing.

In 1915, the budding author moved to New York City where she mixed with other writers and artists, most notably the members of the Algonquin Round Table. She also turned her talent to writing novels; her fourth effort, “So Big,” was published in 1924 and earned Ferber the Pulitzer Prize.

In 1926 came one of Ferber’s most widely read novels: “Show Boat.” Jerome Kern and Oscar Hammerstein later turned this into a lavish Broadway musical. Other best-selling novels followed: “Cimarron” (1930), “Saratoga Trunk” (1941), and “Giant” (1952). All three were made into motion pictures. As a playwright, Ferber collaborated with George S. Kaufman on many works; their most popular included “Dinner at Eight” (1932) and “Stage Door” (1936). Underscoring the timeless quality of Ferber’s writing, “Dinner at Eight” was revived on Broadway in 2002.

Shortly before her death, Ferber was featured at the New York World’s Fair in a Women’s Hall of Fame honoring 20 outstanding women of the 20th century.