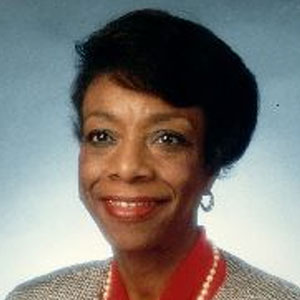 Coming from a family of nine brothers and sisters, Edith Mays Swanson learned at an early age about caring for others. As an active member of the Ypsilanti teachers’ union, Edith raised staff awareness of race and sex bias in the curriculum. At a time when leadership ranks held very few women, she was a powerful spokesperson in education labor negotiations, successfully bargaining pay equity for female coaches in her district. She made affirmative action standard operating procedure in her school and helped guide the Michigan Education Association in adopting the same policies. Actively involved in the Michigan Education Association, Swanson served as vice president from 1977 to 1983. It was her dedicated leadership that led to the creation of MEA’s Human and Civil Rights Department.

In addition to serving on the National Education Association’s executive committee, Edith also represented NEA on the Decade of Women planning group, held just prior to the 1985 United Nations Conference in Kenya. Due to her efforts, both the MEA and the NEA established Women’s Caucuses. Throughout her life, Swanson fought for equality, encouraging other women and minorities to join her and strive for leadership roles. A lengthy list of committees, associations, and awards bear her name. Today, the Willow Run Education Association continues her legacy with an annual award that perfectly exemplifies her spirit: the Edith Swanson Leadership Award.