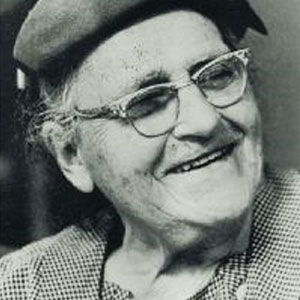 Emma Genevieve Gillette, distinguished Michigan conservationist, was born in Lansing on May 19, 1898. She attended Michigan Agricultural College, now Michigan State University, and was the only woman graduate in the college’s first landscape architecture class in 1920.

During the early 1920s, she developed a close friendship with P.J. Hoffmaster, superintendent of state parks (1922-1934) and later director of the Department of Conservation (1934-1951), now Department of Natural Resources. Hoffmaster enlisted Gillette in scouting the state for areas of land having state park potential, an assignment which the nature lover took as her life’s work. Beginning in 1924, she helped locate and raise public support and funding for state parks at Ludington, Hartwick Pines, Wilderness, Porcupine Mountains, and what was to become the P.J. Hoffmaster State Park as well as Kensington Metropark and the national lakeshores at Sleeping Bear Dunes and Pictured Rocks.

To assist in garnering public support for her projects, she founded and was president of the Michigan Parks Association, a group that was instrumental in passing a $100-million state bond issue for parks and recreation in 1969. Gillette herself labored on the proposed bond issue for a period of 10 years. She was also mainly responsible for securing federal funding for the Michigan state parks system in the mid-sixties, arguing that substantial numbers of park users were from out of state and that these users should share in the cost of upkeep of the state system.

During this period, she was also appointed by President Lyndon Johnson to serve on the President’s Advisory Committee on Recreation and Natural Beauty, neither the first nor the last of many such assignments. As late as 1981, she also served on the Wilderness and Natural Areas Advisory Board of Michigan by appointment of the governor.

The Gillette Sand Dune Visitor Center at P.J. Hoffmaster State Park stands as a tribute to this woman whose determination helped to preserve the state’s natural heritage for future generations to enjoy. It might justly be said of Gillette: ‘If you seek her monument, look about you.’