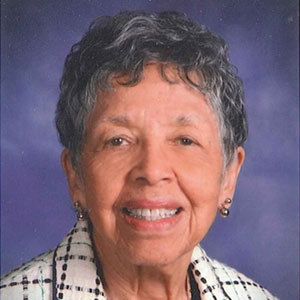 Dr. Olivia Letts of Lansing was the first African American hired by the Lansing School District and has continued to be a pillar in the community since her arrival in 1951.

After being told that Lansing schools did not want to employ African-American teachers, Dr. Letts recruited friends and local citizens to approach the Board of Education on her behalf, and convinced them to approve the appointment.

Dr. Letts has committed her career to providing quality service to others through her leadership and support in various community organizations.  She founded a retiree group, been involved in the Capital Region Community Foundation and the Lansing Community College Foundation.   She continues to be active with Highfields and Delta Tau Omega Chapter of Alpha Kappa Alpha Sorority.

Through her contributions to education in Lansing and being the first African American to teach in the district, Dr. Letts has dedicated her life to increasing access to teach for future teachers of color. While Principal in the district, she positioned herself to pave the way to launch city-wide efforts to end segregation in Lansing Public Schools. Dr. Letts is a leader and a steady example of strength, courage, and grace in the face of racial inequality.