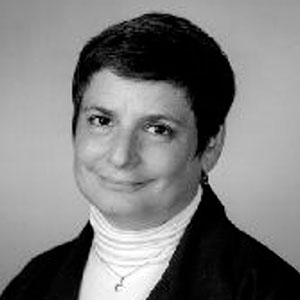 Although a New Yorker by birth, Dorrie Ellen Rosenblatt has gained a place in the Michigan Women’s Hall of Fame in recognition of her steadfast care of the state’s aging population.

Rosenblatt, an M.D. and Ph.D., who has provided primary care for patients over age 65 at the University of Michigan’s Turner Geriatric Clinic, directed the Geriatric Inpatient Consultation Team at the University Hospital and acted as hospice director. She has been named in Newsweek polls as one of the leading geriatric physicians in Michigan and the United States.

In addition to her clinical work, Dr. Rosenblatt has held research appointments at the Veterans’ Administration and the University of Michigan’s Institute of Gerontology. After initial neuroscience research on Alzheimer’s disease, Dr. Rosenblatt turned her attention to previously under-recognized clinical issues such as the recognition and treatment of depression among elderly patients and the recognition and prevention of elder abuse. She has worked with the State of Michigan Adult Protective Services to analyze their case data and assess efficacy of interventions. She is a founding member of the Interdisciplinary Research Program on Violence Across the Lifespan at the University of Michigan. In recognition of her work on elder abuse, she has recently been named a research associate at the University’s Institute for Research on Women and Gender.

Her clinical practice has benefitted her community directly through her progressive care of her patients. Holistic in philosophy, Rosenblatt takes into account the emotional, social, and intellectual needs of her patients, as well as their medical needs. Greatly accessible to her patients, she participates in the lives of her patients to a remarkable degree, so she can see them in action, rather than only in the clinical setting.

She has actively worked to influence the education and training of medical professionals achieving greater awareness of depression among the elderly and elder abuse. Dorrie Ellen Rosenblatt strives personally and professionally to ensure that the lives of senior citizens can continue to be vital and satisfying.