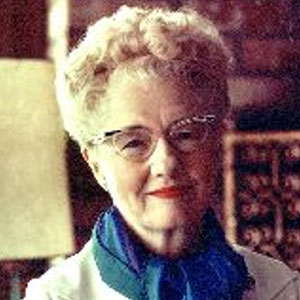 Dorothy Leonard Judd’s activism began immediately upon graduation from Vassar College. Joining the League of Women Voters, she believed the only way to make a change was to participate loudly and often. While teaching American History and Government at Grand Rapids Central High School, Judd also served as president of the Grand Rapids League of Women Voters. She moved on to state chair and then national director of the League and became a nationally recognized expert on civil service reform and leader of government reform.

One of her first ‘crusades’ was to evaluate Michigan’s voter registration laws. As a result of her efforts, they were changed to provide for more regular reviews and to eliminate ‘tombstone’ voters from the voter rolls. Her success at reform did not go unnoticed as Governor Frank Fitzgerald appointed her to the state’s Civil Service Study Committee. As a committee member, Judd helped draft and then pass the 1939 constitutional amendment creating the Michigan Civil Service. Later, as a delegate to the 1963 Constitutional Convention, she guided a strong civil service article through debate on the floor and eventually into the final document.

Judd chronicled her reform in a text on local government as well as in numerous booklets and pamphlets on civil service. She was often appointed committee member as governors of both parties requested and relied upon her expertise on election law reform and civil service. Judd also made a mark on the local political scene. In Grand Rapids she was the organizer and leader of the Citizen’s Action movement that disentangled the machine politics of the city.

Retirement did not stop Dorothy Judd. She conducted a vigorous letter-writing campaign on various topics–curbing population growth, freedom of religion, and protection of the Great Lakes. Her insertion of Article IV into the 1963 Constitution committed the state to environmental protection of its natural resources. Even though Dorothy Leonard Judd never held elected office, her impact was far greater and more long-lasting than many who have.