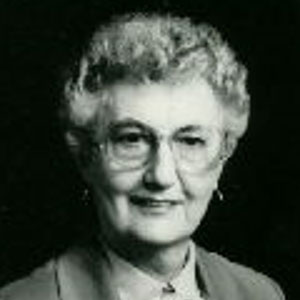 Dorothy Haener retired after thirty years of service as International Representative with the United Auto Workers International Union’s Women’s Department. She is a nationally recognized expert on working women, having published numerous articles, given testimony at state and federal levels, served on Presidential Task Forces and Commissions, and spoken at national and international women’s conferences in her continuing effort to achieve equality in the workplace.

Ms. Haener is a founding member of the National Organization for Women, the Women’s Equity Action League, the Michigan Democratic Women’s Caucus, and the Coalition of Labor Union Women. She was also a founder and co-chair of Michigan ERAmerica and co-chair of the Michigan Task Force on Sexual Harassment in the Workplace. As an executive board member of the International Women’s Year National Women’s Conference Committee, she coordinated their 1983 National Conference which was held in Detroit.

A woman in a highly competitive, predominantly male institution, Dorothy Haener rose from local union ranks to International Representative, and in the process, she helped to make her union, the United Auto Workers, one of the nation’s most progressive with respect to the interests and concerns of women.