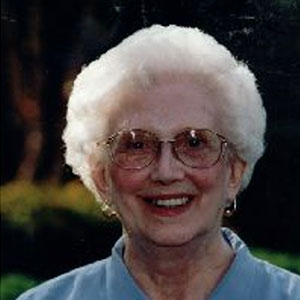 Throughout public and private life, Doris DeDeckere’s philosophy has been to assist institutions and individuals to stand on their own. She has always been an advocate of human rights and charity.

DeDeckere began working at age 15, and at 17 became a union organizer for the United Office and Professional Union where she helped to achieve social and financial benefits for working women. In 1967, during the Detroit riots, she helped form and operate a depot at St. Matthew Catholic Church for donations, especially items needed by children. She and her husband, Bob, delivered these items to inner city centers. She also helped organize a foundation that assisted former felons in finding work. This foundation evolved into the Wayne County Jail Missionary Association.

As chairman of Christian Service at St. Matthew, she wrote the first compressive drug resource brochure in metro Detroit. Detroit Mayor Jerome Cavanaugh then appointed DeDeckere to his Commission on Narcotic Rehabilitation, the only member without a college degree or professional occupation. During the next administration of Mayor Roman Gribbs, DeDeckere became vice chair of the Commission and involved in the screening of funding requests. Through the Detroit Rotarians, she obtained start-up monies for Eastwood Clinics which eventually became a major mental health provider. It was later purchased by St. John Hospital for $15 million.

Her honors include those from former Michigan Governor William Milliken, the March of Dimes, the Metropolitan Multiple Sclerosis Foundation, the City of Detroit, Detroit Community Music School and Women in Advertising. She was also listed in the 1995 edition of Who’s Who in the World.