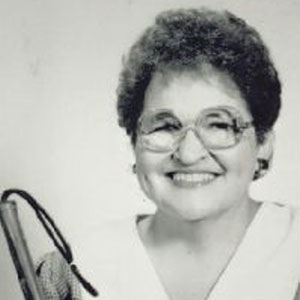 Delia Villegas Vorhauer has a long record of distinguished service and commitment to others. She worked as a caseworker, a teacher, and a program administrator, and was professionally and personally committed to advocacy for women, Hispanics, and persons with disabilities.

Vorhauer was the first Hispanic chairperson of the Michigan Commission for the Blind. During her tenure she brought new insights into the changing needs of Michigan’s blind citizens and focused on reaching out to the people served by the Commission.

Before becoming chair of the Michigan Commission for the Blind, Delia worked for the Michigan Department of Education as a higher education consultant. In this position, Vorhauer authored the first report on “Minorities in Higher Education.” The report, later known as the Mason Miller Report, became the model for reviewing the minority enrollment in Michigan colleges and universities.

She made many contributions to the Hispanic community. One of her outstanding achievements was the founding in Michigan of the Hispanic women’s organization, Mujeres Unidas de Michigan. As a result of her efforts, six out of 48 delegates to the 1977 Women’s Conference in Houston, Texas, were from Mujeres Unidas.

From 1979 to 1988, Vorhauer worked for Michigan Rehabilitation Services as Coordinator of Civil Rights for the Handicapped and as Program Manager for Michigan’s Network of Independent Living Centers. She wrote job accommodations for employees with disabilities. Under her guidance, the number of Centers for Independent Living grew from three to nine.

Earlier in her career, Vorhauer directed the Manpower Development Training Program for Spanish speaking people in Chicago. The program was the most successful in the nation in terms of placement and retention of workers. In recognition of her achievement, she was awarded a Presidential Medal from Lyndon B. Johnson.

A diabetic since the age of 13, she became legally blind due to diabetic retinopathy in 1979. Her diabetes later caused kidney failure. She was able to turn this into a positive force by helping to start a renal support group in Lansing. This is an example of how, throughout her life, Vorhauer was able to make something positive out of very difficult situations. Her courage is an inspiration to all.