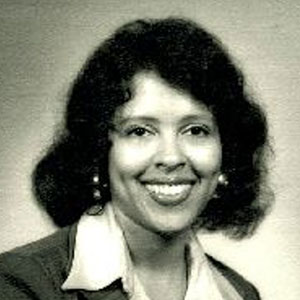 Dauris Gwendolyn Jackson packed many civil rights and education achievements into her compressed lifetime and was recognized shortly after her death in 1979 by the Detroit Free Press as “one of a new group of vigorous and dedicated leaders in the community.”

Jackson received both a bachelor’s and master’s degree in education from Wayne State University in 1953 and 1958, and went on to become the first African American woman to win election to its Board of Governors in 1976–the first ever elected to any Michigan university. Jackson believed that her primary mission on the board was as an advocate for change, for aggressive affirmative action, accessibility, and for helping the university become more reflective of and responsive to the surrounding community.

The Detroit Public Schools were the foremost beneficiary of Jackson’s unique blend of skills. From 1952 to 1979, she represented the third generation of elementary-school teachers in her family as a reading teacher, an assistant principal, and finally, as coordinator of University Cooperative Relations in Staff Development for Teacher Training, where she was responsible for student-teaching programs.

In 1977 Jackson was selected by Scott-Foresman-Addison-Wesley School Publishing Group to serve as one of ten authors nationally to initiate its first multi-racial textbooks, Basics in Reading. Jackson focused on the non-stereotypical depiction of African American children, and several of the characters and stories were modeled after her own children, Llenda and David. Jackson also served as chairman of the Michigan Statewide Teacher Education Program and co-authored the City Schools Series for Follett publishing company in 1977.