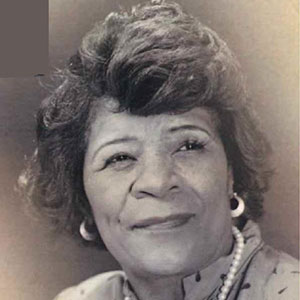 Daisy Elliott was a Michigan Representative and passionate civil rights leader. Elliott moved to Detroit in the 1950s where she sold real estate and worked at the local branch of the Secretary of State, eventually becoming the assistant manager. Elliott took classes at Wayne State University and received an Honorary Doctor of Ministry from the Ecumenical Theological Seminary in Detroit.

In the late 1950s, Elliott became active in the Michigan Democratic Party, serving as president of the Michigan Federal Democratic Clubs. In 1961, Elliott was part of the “Con-Con 11”, a group of eleven women elected with 133 men to the Michigan Constitutional Convention. Elliott was instrumental in writing the inclusion of a Michigan Civil Rights Commission into the new Constitution with the authority to investigate charges of discrimination based on race, religion, color, or national origin and to enforce anti-discrimination laws. To this day, Michigan is the only state with such a Commission enshrined in its state constitution.

From 1962 to 1982, Elliott served in the Michigan House of Representatives. In her first year in the House, she co-authored and introduced the Elliott-Larsen Civil Rights Act, which added sex-based protections for the first time and was passed in 1976. Elliott also proposed creating an intermediate appellate court, which led to the establishment of the Michigan Court of Appeals. In the 1970s, she helped form the Legislative Black Caucus and was the first woman to chair the Labor Committee. During her twenty-year tenure as a Representative, Elliott sponsored or co-sponsored over 80 laws to help serve the people of Michigan.