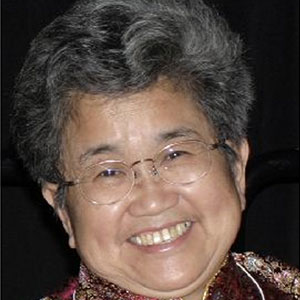 Cynthia Yao suggested, planned, and led the Ann Arbor Hands-On Museum, a children’s science and technology center that has attracted more than 2 million people since opening in 1982. Its traveling exhibitions have drawn an additional 2 million visitors at 30 science centers throughout the US. Exhibits such as a Hot Air Balloon, Polarized Light, Gears and Pulleys, and “Mr. Bones” were designed for visitors to have fun as they demonstrate scientific principles and explore the world around us.

As executive director, Yao added 50 percent more space to the museum in 1986, and in 2000, she re-opened the museum at four times its previous size and featuring 350 exhibits. She raised $12 million between 1980 and 2000 through fund-raising, admissions and grants from organizations including the National Science Foundation, the Institute of Museums and Library Services, the Kresge Foundation, and the Howard Hughes Medical Institute.

The Hands-On Museum gained international prestige during Ms. Yao’s tenure, hosting worldwide science museum executives and receiving requests to share her expertise. She assisted science centers and children’s museums in the US, Asia, and Europe. She helped to establish the Curious Kids’ Museum in St. Joseph, Michigan and the Jamaica Chinese History Museum to celebrate 150 years of the Chinese presence in Jamaica, her birthplace. Yao is the first Asian American woman to found and direct a science center in the US.

In 1989, the Michigan Technology Council/Governor’s Office presented Cynthia Yao with the “Can-Doer” of Michigan award for “outstanding achievement in bringing young people of Michigan the joy and excitement of science and technology.” In 2002, she received the first Governor’s Unsung Heroine Award for Youth Development awarded by the Michigan Women’s Commission.