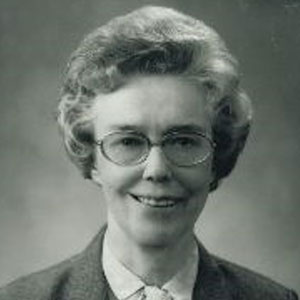 Cornelia Groefsema Kennedy has had a long and distinguished career as a lawyer and jurist, serving in both state and federal courts. Judge Kennedy enjoys the distinction of having been appointed to the federal judiciary by both Republican and Democratic presidents.

In 1964 Judge Kennedy was the first woman to be named to the board of directors of the Detroit Bar Association and the second woman to serve as a judge of the Wayne County Third Judicial Circuit Court of Michigan, to which she was elected in 1966 after practicing law for 18 years in Detroit. In 1970 Judge Kennedy became the first Michigan woman to serve on a federal bench when she was appointed by President Richard Nixon to the United States District Court for the Eastern District of Michigan, a position she held until 1979. In September of 1979, President Jimmy Carter appointed her as a circuit judge to the United States Court of Appeals for the Sixth Circuit.

In 1979 Judge Kennedy was a founding member of the National Association of Women Judges (NAWJ). The association’s mission is to provide strong, committed judicial leadership to improve the administration of justice and to ensure fairness, gender equality, and diversity in American courts.

Within the NAWJ, Judge Kennedy has served as a member of several nominating committees, the Women Offender Task Force (1992), the Gender Bias Committee (1991-1992), and as director of the Women Judges’ Fund for Justice (1990- 1992). In 1987, the NAWJ named Judge Kennedy as its Honoree of the Year for her legal and judicial leadership and her commitment to gender equality in American courts.

President Ronald Reagan appointed Judge Kennedy in 1985 to the Commission on the Bicentennial of the U.S. Constitution, where she served on the Executive Committee and as chairperson of the Project Endorsement Committee. She has also been a member of the Judicial Conference of the U.S. (1979- 1980); the Board of the Federal Judicial Center (1981-1985); the Advisory Committee on Codes of Conduct of the Judicial Conference (1979-1986); the Supreme Court Fellows Commission (1982- 1992); and the Committee to Review Circuit Court Conduct and Disability Orders.