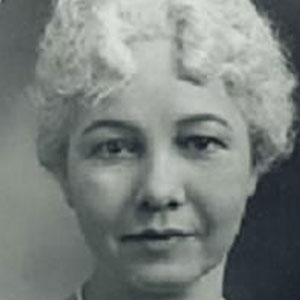 While in the House of Representatives, Anderson concentrated on public welfare issues and chaired the Industrial Home for Girls Committee. She was particularly interested in public health issues, especially the fight against alcoholism and tuberculosis. Prior to her term, she had organized the first public health service in Baraga County and was instrumental in securing the county’s first public health nurse. She also became actively involved in the Michigan Grange and served as the Upper Peninsula officer.

Anderson was educated as a teacher at the Haskell Institute in Lawrence, Kansas, which is known today as the Haskell Indian Nations University. She taught school in the Upper Peninsula for several years. At a time when minorities, including Native Americans, were subjected to considerable economic and social discrimination, Anderson’s determination to attend college and return the benefits of her education to her community was notable. Her role as educator, legislator, and public health reform leader aided the Native American community as well as the whole of society.

Photo Courtesy of Archives of Michigan