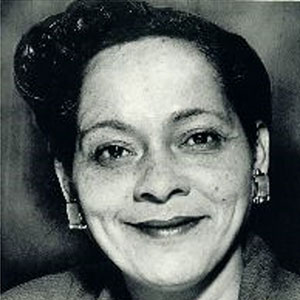 In 1952, Cora Mae Brown fought past the barriers of sexism and racism to become Michigan’s first female African- American state senator. Brown continued her fight and became the first African-American woman president of the Senate one year later.

Brown received an A.B. degree in sociology from Fisk University and an LL.B. degree from Wayne State University. Not only were Brown’s education credentials strong, but she had a deep commitment to her community. She served as a social worker from 1936 to 1941 and later became a policewoman for the Detroit Police Department from 1941 to 1946. In addition, Brown maintained a private law practice with a partner for several years.

The laws that Cora Mae Brown sponsored and supported demonstrated her dedication to civil rights. One bill increased penalties for hotels and restaurants that engaged in racial discrimination. It raised fines from $25 to $100 in addition to retaining the alternate 15-day jail term. Motels had not been included in this law until this time. Brown’s record not only illustrated her dedication to racial civil rights, but to women’s issues as well. She served as a special general counsel for the U.S. Post Office, during which time she dealt with problems relating to the use of mail to defraud and to distribute pornography.

Brown’s past achievements led to her appointment as referee on the Michigan Employment Security Commission. This was the first time that an African American had occupied this position for 35 years. Cora Mae Brown was a true winner in the fight against the double-edged sword of racism and sexism.