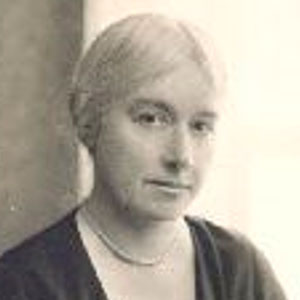 Turning her back on the East Coast and academic settings, Constance Rourke led a rich intellectual life from her modest home in Grand Rapids. She countered the early twentieth-century’s bleak charge that American culture was a wilderness. By documenting ample, if little-known, folk materials, using then-new anthropological ideas to reappraise the American past, Rourke forged important links between ideas of “culture” and the 1930’s political maelstrom.

At a time when women scholars were rarely taken seriously, Rourke shaped what today we call “cultural studies,” and her ideas underwrote the first flowering of the American Studies movement. Her best-known book, it has been quipped, is “always being rediscovered.” American Humor: A Study of the National Character was first published in 1931 and has been reissued yet again in 2004, edited by the versatile Greil Marcus. Deliberately written for a popular audience, Rourke’s fresh, lucid prose brings to life an American identity based on comedy which has explanatory power still.

Rourke’s seven other books range from Trumpets of Jubilee (1927), a study of nineteenth-century popular public figures like Harriet Beecher Stowe and P.T. Barnum, to Charles Sheeler: Artist in the American Tradition (1938). Discovering and diffusing cultural materials for use by artists and making perceptive comparisons between popular humor and literary art, Rourke acquainted Americans with themselves and their cultural resources.

So heroic was Rourke’s engagement in nation-building that poet William Carlos Williams dubbed her “Our Moses” shortly before her accidental death in 1941. The national publications for which she wrote widely eulogized Rourke as our leader through the wilderness of an American search for a “usable past.” She opened paths for us once and reopens them once again as we choose from among Rourke’s fertile thoughts ways to help us negotiate a complicated and consciously multicultural world.