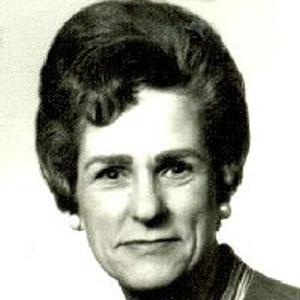 Clarissa M. Young was born in the very small town of Shepherd, Michigan, on January 5, 1922, but she has had an almost “larger-than-life” effect on the lives of many men, women, and children throughout Michigan.

Known as a pioneer in policing, Clarissa Young’s greatest achievement was the recognition that law-enforcement officials, the police, have an obligation to provide services for the benefit of the entire community. She was an advocate for police, schools, communities, and social agencies to come together and actively collaborate on social issues confronting families. Her futuristic thinking about unlimited partnerships and problem solving together is the basis of what “community policing” represents. Young was involved in all aspects of policing, from employment practices and standards to actual police services such as in the intervention of domestic disputes, child abuse, school-liaison, and police officer programs.

In July 1946 Clarissa Young was hired by the Lansing Police Department as a policewoman, the first sworn position available to a woman. Young accepted her challenge of being a “first” by becoming the first female sergeant in 1951 and the first woman lieutenant in 1953. In 1962 she became the first woman in Michigan, and possibly the nation, to achieve the rank of captain.

In 1968 Young co-founded Women Police of Michigan, an organization which addresses discrimination and harassment issues for women police officers and which provides training opportunities. Her subsequent successes with these issues ultimately led to the organization’s creation of the Clarissa Young Officer of the Year Award recognizing outstanding achievements of a police officer.

Throughout her career in policing, Young modeled the way for countless women, often mentoring individuals. She continued this legacy by insisting that those whom she mentored would, in turn, act as mentors to others.