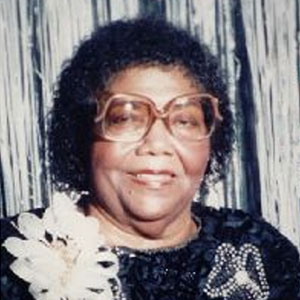 Reverend Charleszetta (Mother) Waddles, an African American woman with an eighth-grade education, founded a comprehensive social services agency, the Perpetual Mission, that serves the low-income communities of Detroit. Mother Waddles, a St. Louis, Missouri, native who moved to Detroit in 1937, was age 40 and had ten children of her own at the time.

“One day I had a vision,” she was quoted in a Lansing State Journal article, “The Lord told me to feed the hungry and clothe the naked.” Her husband, Payton Waddles, a former Ford Motor Company worker who died in 1980, supported Mother and the children while she rounded up neighbors and fellow churchgoers to start the Mission.

Privately funded and staffed by volunteers, the Mission now helps approximately 90,000 annually, Mother Waddles, a Methodist minister, estimates. The list of the Mission’s services includes emergency aid, job training, a graphic arts program, and a culinary arts school. Those seeking help from the Mission include unwed mothers, prostitutes, abused children, the handicapped, the elderly, and the poor.

The volunteer staff ranged from Mother Waddles’ own children to a mostly paralyzed woman who makes telephone calls from her own house to locate wheelchairs and arrange transportation for the indigent. Funding, according to a 1990 Mission budget report, ranges from Mother Waddles donation of $10,500 from her husband’s pension and Social Security, to private cash donations, corporate grants, and food.

In addition to overseeing the Mission, Mother Waddles’ work included giving speeches and sermons, which were a mix of what she called “downtrodden tales,” optimism, and humor.