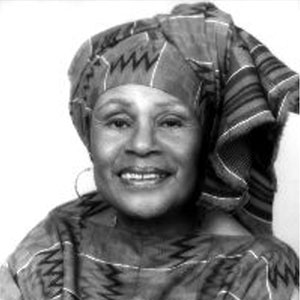 Catherine Carter Blackwell, an internationally recognized authority on African history and culture, was a pioneer in the field of African and African-American studies. Her 30-year career with the Detroit Public Schools was devoted to teaching multicultural studies from an African-centered perspective, and she did much to bring about an awareness of the contributions of African Americans to the growth and development of this country. She was quoted as saying she was pleased by the progress African-American studies had made in the schools since the days when pictures of black faces or the contributions of African Americans didn’t appear in school textbooks.

Blackwell, a native of Detroit, began her career in 1955 as a teacher at Garfield Elementary School in Detroit. She served in a variety of capacities in the field of ethnic heritage and black studies including as the African/African-American studies instructional specialist in the Department of Social Studies for the school system. She also represented Region Five on Wayne State University’s Training Institute for Desegregated Education and wrote many papers on African/African-American studies curricula for grades K-12. The Detroit Board of Education recognized her outstanding contributions to education by naming one of its schools the Catherine C. Blackwell Institute of International Studies, Commerce, and Technology.

Blackwell’s love of Africa took her to that continent more than 50 times, and led her to study at most of the universities of East and West Africa. A woman of wit, compassion, and telling insight, Blackwell was a sought-after speaker, storyteller, consultant, and lecturer. Her devotion to education and multicultural studies earned her accolades and honors by the score while her warmth and generosity made her a much-loved member of the community.