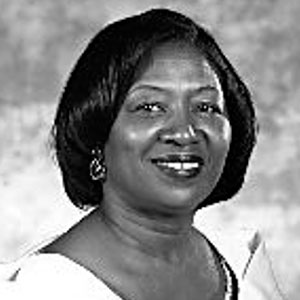 Carrie Frazier Brown has been described as a “gifted health professional who is devoted to meeting multifaceted challenges and complex demands. She combines efficiency, education, caring, and personal talent to provide resources to the metropolitan area in Michigan.”

Born in Monroe, Louisiana, Brown entered Dillard University at the age of 14. Her high grades enabled her to graduate with a bachelor of science in nursing at the age of 17. After graduating from Dillard, Brown entered the United States Army. She was commissioned a captain in 1967 and, at the age of 19, became supervisor of the Pediatric Clinic at Walson Army Hospital, Fort Dix, New Jersey.

For over 25 years, Brown has made outstanding contributions to the Michigan health care system. She served as president of the Detroit Black Nurses Association and participated in the development of a program for African Americans for the American Cancer Foundation. She also taught at Wayne State University and worked with the university in the recruitment of minority students and with the Detroit Women’s Conference of Concerns in Health Areas.

Brown served as health commissioner for Detroit from 1976 until 1982. She then became director of education and training at Clinton Valley Center.

Brown’s talents have been recognized at the national level. She served for eight years as a board member of the National Black Nurses Association (1971-1979) and was elected the second national president in the history of that organization. Brown has volunteered extensively with the March of Dimes, the YWCA, Detroit PBS Channel 56, the League of Women Voters, and the professional advisory committee for the American Cancer Society.

The talents and commitment of Carrie Frazier Brown have been recognized in the honors and awards she has received. For example, in 1993 she was chosen Outstanding Psycho-Mental Health Nurse in Michigan by the American Nurses Association/State of Michigan District. She was also accorded national recognition when she was named 1996 Nurse of the Year by the National Black Nurses Association.