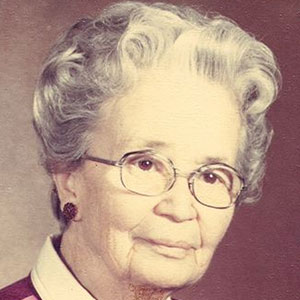 Caroline Thrun began her career as a public-school teacher. Building on that experience and while raising three children, she studied the law and was admitted to the Michigan Bar in 1935. She went on to become an attorney who had a major role shaping Michigan’s public education law.

At the start of her legal career, Ms. Thrun was one of only a handful of women practicing law. She served as legal counsel to the Michigan Department of Education and advised the Superintendent of Public Instruction. In 1941, she became an Assistant Attorney General and wrote key opinions on educational issues that remain authoritative today. She also authored a report for the U.S. Supreme Court about Michigan school desegregation practices in relation to the historic decision of Brown v Board of Education.

Thrun left the Attorney General’s staff in 1956 and joined her husband, Fred, in his private practice. The Thruns re-wrote the Michigan School Code, providing the legal mechanism by which Michigan’s various forms of schools consolidated into school districts. Ms. Thrun practiced law and provided legal counsel to school officials until her retirement in 1980. She also served as a visiting professor at numerous Michigan universities where she taught school law.

At age 79, Thrun drafted a new School Code, which was adopted by the Michigan Legislature in 1976. Her vast experience in school law had a significant influence on this legislation and led to a provision which guaranteed pregnant students the right to a public-school education. She was honored by the Michigan Legislature on her 80th birthday for her professional accomplishments. Caroline Thrun’s legacy continues with the Thrun Law Firm which is considered Michigan’s premiere public education law firm.