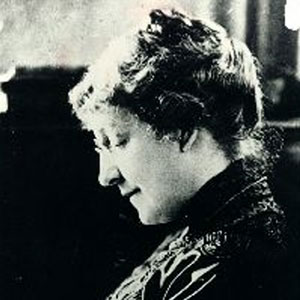 Caroline Bartlett Crane had been a school teacher, a principal, a journalist, a city editor (at the time, the only woman in America to hold such a position) and a homesteader before coming to Michigan in 1889 to assume the pastorship of the First Unitarian Church in Kalamazoo. In Michigan, she continued her wide-ranging activities as a speaker, in particular with the Women’s Suffrage Movement, where she worked closely with both Susan B. Anthony and Anna Howard Shaw. As an ordained minister, one of the first in Michigan, she also worked to organize kindergartens, and manual training schools. She was minister of the People’s Church of Kalamazoo (1894) and employed the offices of the church to further many of her social concerns. For example, she offered African Americans in the community a meeting place for their literary club. She also advocated prison reform, women’s property rights and was a strong opponent of capital punishment.

One of Caroline Bartlett Crane’s major contributions was as a civic sanitarian. She visited, inspected, and reported on sewage disposal, garbage collection, water systems, and related matters in 62 locations in 14 states over the years, and her bill to regulate sanitary conditions in meat processing plants and dairies, adopted by the Michigan Legislature in 1903, was considered a model of its kind. She founded the Women’s Civic Improvement League, served as consultant to the federal government’s Packing House Commission, worked to devise pure food laws, and chaired the Michigan Women’s Committee of the U.S. Council on National Defense during the first World War.

As chairperson of the local Better Homes of America Committee, Bartlett Crane also designed and directed the building of a model five-room house which won a national contest in 1924 over the entries of more than a thousand communities. She described the house in a book called Everyman’s House which was published in 1925. At the time of her death in 1935, Bartlett Crane was known as ‘America’s Housekeeper.’