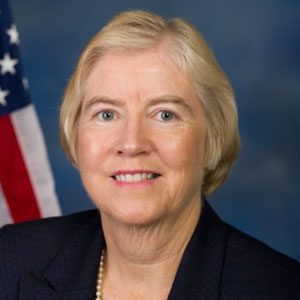 A lifelong resident of Michigan, U.S. Representative Candice S. Miller began her career in public service in 1979, when she was elected to the Harrison Township Board of Trustees. One year later she became the first woman elected to the post of Harrison Township Supervisor, serving in that position for 12 years. Miller was then elected as the first female Macomb County Treasurer and in 1994, became the first woman elected as Michigan Secretary of State. She won reelection in 1998 by a margin of over one million votes, the highest for any candidate running statewide in Michigan at that time.

As Secretary of State, Miller improved services in branch offices and the driver licensing system. She encouraged Michigan residents to join the organ donor registry, earning awards from the March of Dimes, the National Kidney Foundation, and the Organ and Tissue Donor Registry Program. Miller also implemented a statewide voting system known as the Qualified Voter File, earning national recognition for free, fair, and open elections.

In 2002, Miller was elected to the U.S. House of Representatives, making her only the third woman in Michigan to have been elected to both state government and the U.S. Congress.

Miller serves as Chairperson of the Committee on House Administration, the only woman chair in the House, and Vice Chair of the House Committee on Homeland Security. She is a champion of water quality and the preservation of the Great Lakes. She led the effort to establish a water-monitoring system in the Great Lakes that protects the water supply for over 20 million people.