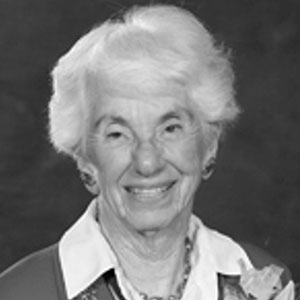 Betty Tableman long believed in the importance of early nurturing and relationship development to an infant’s social, emotional, and cognitive health. She was nationally recognized for her successful efforts in building a comprehensive system of mental health services designed to ensure this outcome for the children of Michigan.

Tableman began her career in 1970 as a planning coordinator with the Michigan Department of Mental Health (later called Community Health). Her commitment to infant mental health services was sparked by the seminal research of Professor Selma Fraiberg of the University of Michigan, who pioneered relationship-based services for infants and their families. Together, the two women developed a training program for professionals working in Michigan’s community mental health system. Over a three-year period, 24 clinicians were educated and innovative programs were begun in rural and urban communities where no infants or toddlers had ever been served.

Rising to the position of director of Prevention Services in 1975, Tableman continued to champion the dissemination of infant mental health services across the state. By the time she left the department in 1998, there were over 35 such programs in Michigan, with more than 150 clinicians providing services to 1,200 infants, toddlers, and their families each year.

In retirement, Tableman continued to work with professionals to promote infant mental health and other prevention services. Thanks to her, untold thousands of children had a better chance of growing up happy, emotionally healthy, and strong.