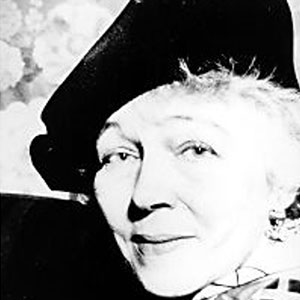 Betsy Graves Reyneau (1888-1964) maintained a lifelong passion for justice and civil rights. She fought racism and sexism on an international level and used her artistic talent to immortalize the kindred spirit of others striving for peace.

Reyneau, who lived in Detroit from 1889 to 1925, attended the Boston Museum School of Art as a young woman. While in Boston, she and other students protested the meager wages of dock workers and department store employees. In 1917 Reyneau became the first woman arrested and jailed for protesting President Wilson’s anti-suffrage stance. While living in Europe in the 1930s, Reyneau and her daughter opened their home to numerous Jews seeking refuge from the reign of Nazi terror. Upon returning to the United States, she was shocked by the terrible injustices endured by African-Americans. The immense racial tension prompted Reyneau to devote the rest of her life to painting portraits of distinguished Americans of African descent. In the 1960s, thirty of her portraits of Black Americans were displayed at the Smithsonian in Washington, D.C., in an exhibit sponsored by the Harmon Foundation. The exhibit stimulated such intense interest that the Smithsonian sent it on a national tour, beginning at the Detroit Institute of Arts. The prominent figures who posed for Reyneau’s portraits included Mary McLeod Bethune, George Washington Carver, Joe Louis, and Thurgood Marshall.

In 1953 The Topeka Daily Capital said it best, “To say that Betsy Graves Reyneau is a distinguished portrait painter is to understate her essential character, for the entire force of her personality, including her talent for painting, is directed toward a lifelong passion for justice.”