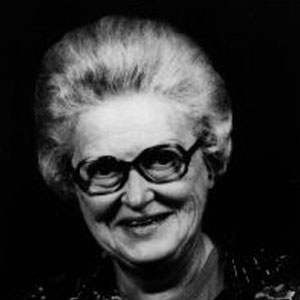 Bertha A. Daubendiek has pioneered in the establishment of 142 new nature sanctuaries in 51 counties of the state of Michigan. She came to Michigan in 1939 and was a Circuit Court Reporter in Detroit, Mount Clemens, and Saginaw for 30 years. In 1952 she founded a public protest organization, which after several name changes, became the Michigan Nature Association (MNA) in 1970. After 1960 her efforts were focused on stopping the degradation of the environment of Michigan due to loss of diverse species threatened by extinction. Bertha A. Daubendiek is the author of Michigan’s Natural Beauty Road Law, which was enacted in 1970. This law has resulted in over 800 miles of Michigan’s roads being preserved with the roadsides intact and protected from being widened without public hearings.

The Michigan Nature Association’s main purposes include carrying on natural history study and education along with acquiring, maintaining and protecting sanctuaries, and preserving natural areas. Since 1960 the MNA has acquired 7,514.74 acres of land, which is free of any political pressures, as no government money was used for its purchase.

Bertha Daubendiek has received much recognition for her outstanding work in the field of natural area preservation. She was honored as Michigan’s Volunteer of the Year in 1974 and awarded the title of Michiganian of the Year in 1979. Bertha graduated from Grinnell College, Iowa, Phi Beta Kappa in 1936, and has also received an honorary Doctorate of Science from Adrian College in Michigan.