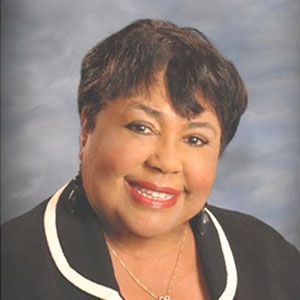 Barbara Roberts Mason, an internationally known voice for education, equality, and justice, was the first African-American woman in Michigan elected to statewide office. She served a record 24 years on Michigan’s State Board of Education, where she advocated for eliminating inequities among school districts and promoted high academic standards for all.

A civil and human rights activist, Mason was instrumental in the establishment of the Office of Minority Affairs at the Michigan Education Association. As a child advocate, she is founder and president emeritus of The Black Child and Family Institute in Lansing.

Mason has spoken at four Democratic National Conventions, including seconding the historic vice-presidential nomination of Geraldine Ferraro. She was a trailblazer in the ERA campaign with Gloria Steinem, Dorothy Height, and Mildred Jeffrey. She met with President Jimmy Carter on Strategic Arms Limitation Talks and was on numerous commissions including a commission to review federal impact aid where she held the rank of military officer.

Mason has lectured abroad and led humanitarian, business, and education exchanges to Japan, Germany, Korea, China, Ghana, Cameroon, Benin, and South Africa. As the president of the Lansing Regional Sister Cities Commission, she was responsible for establishing an HIV-AIDS project in Ghana, the construction and renovation of health clinics, schools, and libraries, and work towards clean water, sanitation, and hygiene.