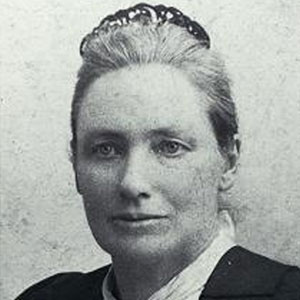 Raised in an era when women rarely spoke in public, Augusta Jane Chapin became the second woman ordained in the Universalist Church and the first to receive an honorary Doctor of Divinity degree. Chapin’s family moved from New York State to Vevay Township, south of Mason, when she was six years-old.

From an early age Chapin displayed an eagerness for education and was teaching school herself by age 14. After being denied admission to the University of Michigan because she was a woman, Chapin attended Olivet College and Michigan Female College. While in school, Chapin had a spiritual awakening and decided to become a Universalist minister, no easy choice as there was no clear path for women to become ministers.

Following graduation Chapin taught school and served as principal of schools in Lansing and Lyon. In 1859, Chapin delivered her first sermon in Portland, and in 1863 was ordained a Universalist minister. Chapin spent much of her ministerial career as an itinerant preacher traveling across the United States.

Chapin was the first woman to serve on the National Council of the General Convention of Universalists and was an organizer of the World Parliament of Religions at the 1893 Chicago World’s Fair and Columbia Exposition. In addition to her ministerial work, Chapin also championed women’s rights, was a founding member of the Association for the Advancement of Women, and spoke in defense of women as ministers at the first Women’s Congress in 1873 held in New York City. In 1893 Chapin was the first woman to receive an honorary Doctor of Divinity degree, which was bestowed by Lombard University in Galesburg, Illinois.