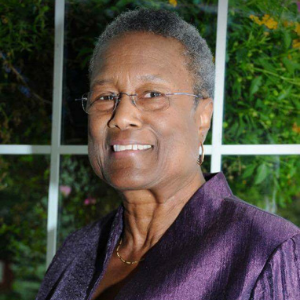 Atlas Ruth Westbrook (1941-2017) was a middle and high school math teacher and counselor in Southeast Michigan. Before her career in education she was a computer programmer at NASA during the Mercury and Apollo programs, working as a computer programmer (a human computer as depicted in the movie Hidden Figures) and developed calculations that were used during the Apollo 11 and Apollo 13 missions. In 1985, she achieved a lifelong dream when she earned her Juris Doctorate degree from The Detroit College of Law. With her Juris Doctorate degree, Ruth chose not to pursue a career in law, but rather assisted low-income individuals in Pontiac, Detroit and Las Vegas.

Ruth and her husband, Scott Charles Westbrook III, were pillars in the Pontiac community serving on many charitable, philanthropic, scholarship and educational – her favorite being the Girl Scouts of America. Ruth had a deep love of education. She grew up in a small town in Texas and neither of her parents attended high school. They were determined that Ruth had a college education. She graduated from Texas A & M Prairie View college with a degree in mathematics and library science.  Ruth used her degree in counseling to be an inspiration to girls and to encourage them in education and in family situations as well as being a role model to minority girls to strive in math and education.