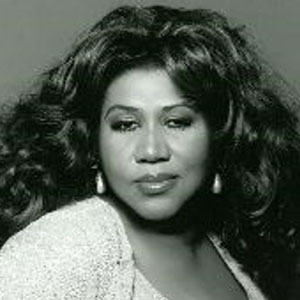 The golden voice of the ‘Queen of Soul’ is so precious to Michigan residents that in 1986 the Michigan Legislature declared Aretha Franklin’s voice to be a precious natural resource. The strength and unique quality of her voice, not to mention her inimitable sense of rhythm and styling, set her apart from many vocalists, earning her a permanent place in music history. Her seminal works like ‘Respect’ and ‘Natural Woman’ endure as treasures of our time because they possess that ineffable quality of emotional richness that one can only define as ‘soul.’

As a child growing up in Detroit, Franklin sang in her father’s church, the New Bethel Baptist Church. By the age of 10, she was singing and playing the piano in other local churches. Her first professional recording for Chess Records was as a lead vocalist, backed by the New Bethel choir, embracing her gospel heritage. At the age of 18, Franklin left the Motor City and her church choir days behind and headed to New York. In 1961, she signed a contract with Columbia Records and recorded nine albums in five years, becoming a rhythm-and-blues legend. Her career spanned decades, making her a prime force in the music business and a figure of universal admiration.

Aretha Franklin received a great deal of recognition for her accomplishments. She was the first female inducted into the Rock and Roll Hall of Fame. She was also given a Lifetime Achievement Grammy Award for a career that has included 20 Grammy Awards. Aretha was named the Top Female Vocalist in 1967, the International Jazz Critics’ Poll’s Best Female Singer in 1968, and received the 1984 American Music Award. In 2008, a panel of peers and musical experts convened by Rolling Stone magazine voted her the greatest singer of all time.

Although Franklin was noted for her contributions to African- American pride and ‘female self-assertion,’ she always remained modest about her accomplishments. Franklin referred to herself as ‘a good friend, a good mother, an aunt, a sister, the woman next door.’