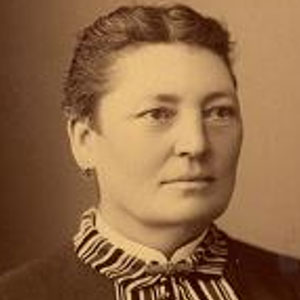 At the outbreak of the Civil War in 1861, Annie Etheridge of Detroit followed her husband James to join the 2nd Michigan infantry as the regiment’s vivandire, or Daughter of the Regiment, rallying and aiding the men in battle. She remained in the service even after James deserted and she rose to prominence for her bravery. Etheridge acted as what today would be called a combat medic, providing immediate medical care to wounded soldiers, often under fire during battle. In addition to nursing, she served the regiment as cook, laundress, and she encouraged the men to continue the fight.

Serving for four years, Etheridge served in the Michigan 2nd, 3rd, and 5th infantry regiments. She saw some of the hardest fighting during the Civil War, including the battles of Fair Oaks, 2nd Bull Run, Chancellorsville, Gettysburg and the Wilderness. Etheridge also served as an army nurse on a hospital transport during the winter of 1861-1862 and in an army hospital in the summer of 1864, when women were ordered out of the Union military camps. High ranking officials specifically pled for an exception to the order for Etheridge.

The bravery and courage Etheridge demonstrated during the war was mentioned in letters soldiers wrote home and in 1863 she received the Kearny Cross, given to soldiers who distinguished themselves in battle. Etheridge never reunited with James, but later remarried another veteran, Charles Hooks. After petitioning the government Etheridge received a pension in 1887 and upon her death in 1913 was given a military funeral in Arlington National Cemetery.