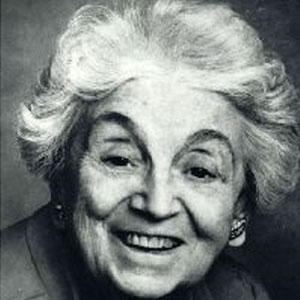 Anne R. Davidow was a pioneer for women attorneys. She graduated from the University of Detroit Law School and passed the bar examination in 1920. (Her application to the Detroit College of Law, from which her older brother Larry had graduated, had been turned down on the basis of sex.) She practiced law in the firm of Davidow and Davidow, together with her elder brother. In the 1930s she and her brother served as general counsel to the Reuther brothers and to the fledgling UAW which had been organized around the conference table in her office.

She was a suffragist who campaigned for women’s right to vote, by speaking from soap boxes at factory gates. While working to help her family and to put her brother through law school, she was once fired for wearing a suffragist’s button to work.

In 1948 Davidow argued before the United States Supreme Court the significant women’s rights case of Goesaert v. Cleary. The case contested a Michigan law which prohibited women from working as bartenders (‘barmaids’) unless their fathers or husbands owned the bar. Davidow, for the first time in history, raised the point that sex discrimination violated women’s constitutional rights by denying them equal protection and treatment under the law. Although she lost the case, her argument drew much attention and shortly thereafter the Michigan State Legislature repealed the law. Loss of the case became a key element in Congresswoman Martha Griffiths argument for passage of the Equal Rights Amendment. This case is now included in the curriculum of law schools across the country.

Anne Davidow was a life member and past president of the Women Lawyers Association of Michigan, who honored her in a special program on November 7, 1981. She was the fourth president (1925-27) and had served as an officer from its inception and for many years thereafter. She has been a mentor to many young women lawyers. Though she kept her maiden name in the practice of law, Anne Davidow was married to Victor Seeger for 28 years with whom she had two children: Anne Davidow Seeger, Jr., and Victor Harrison Seeger, Jr.