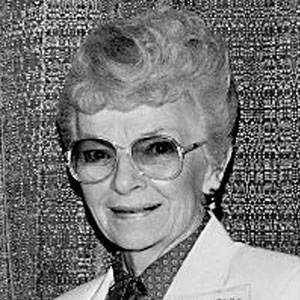 Ann M. Shafer, feminist, labor and community leader, was a tireless activist for equality, especially in the Battle Creek and Kalamazoo areas. She once said, “I would like to be characterized as a champion for women, minorities, the poor, the people that haven’t had a crackerjack of a chance in life.”

Born Ann M. Vinckevleugel on July 8, 1916, in Detroit, Shafer began showing her leadership ability in 1946 shortly after beginning work at Battle Creek’s Kellogg Company. Joining Local 3 of the American Federation of Grainmillers, she fought for women in a male-dominated union that represented workers in a female-dominated industry. She served as union representative and steward and in the early 1950s she won an election as recording secretary. In 1971 she became the first woman to run for president of Local 3.

In 1974 Shafer became one of seven women who formed the Coalition of Labor Union Women and served as the organization’s vice-president for the Great Lakes Region and Michigan.

Her activities ranged from helping found the Kalamazoo and Battle Creek National Organization for Women chapters in 1974 to serving on the Calhoun County Board of Commissioners from 1979-1989. Appointed to numerous state and national family, women’s, and educational commissions, Shafer remained active until her death in Battle Creek, on January 22, 1991. From the Michigan Legislature to the NAACP to NOW to Planned Parenthood to the Michigan Association of Counties, Ann has been honored as a woman who made life better for us all.